RaniSidewall is used to improve the quality of the silage in concrete walled bunkers. 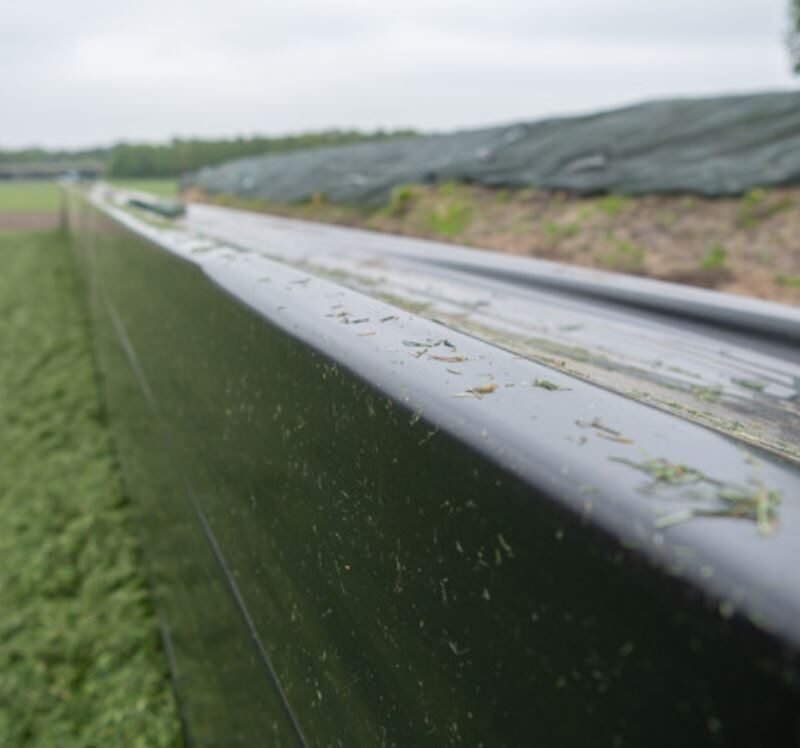 The RaniSidewall film stops oxygen from permeating through the walls and damaging the silage. At the same time, the film also protects the concrete walls from acids, which may be formed during the fermentation process.

The width of RaniSidewall should be two times the height of the wall. This allows enough film to be folded over the shoulder of the clamp, thus protecting the most sensitive part of the clamp.

Tips for how to use silage films from Rani Plast.

RaniRepel is a pest-repellent bale wrap film, designed to protect the bales against bird and rodent attacks. The reduced number of damaged bales gives the farmer economical gain.

RaniWrap is recognized and appreciated all over the world as a classic multi-layer stretch film for bale wrapping.

RaniBel is a silage sheet that combines cost effectiveness with optimal performance.

RaniWrapXtra is an environmentally-friendly solution for professional users and modern wrappers.

RaniSilo silage sheets have excellent mechanical properties, which allow for convenient and easy usage and the best possible forage.

RaniWrap32Pro has been developed for demanding wrapping applications.

AgriWrap is a multi-layer stretchfilm suitable for traditional bale wrapping.

The main purpose of an underlay film is to minimize the amount of air between the silage sheet and the silage itself.

RaniBind is a net replacement film that can be used as an alternative to conventional netwrap.

A new underlayer film that protects your silage in two ways; by adding a barrier function to block out oxygen from the outside, and by minimizing the amount of air…
Back to top
We use cookies to optimize the functionality of the website and to gather user statistics. By continuing to use the site you agree to this.OkPrivacy policy