Mika Lammi was appointed Production Manager in charge of film extrusion, printing and welding in February 2021, shortly before marking ten years with Rani Plast on March 1. He joined the company having graduated from the Technical University of Tampere with a particularly useful Master of Sciences degree.

Mika, 37, explained that he had chosen to write his thesis on plastics raw materials including polyethylene and polypropylene and that chemicals giant Borealis Polymer Oy, the company with which he conducted his research, is a major manufacturer of plastic granulates and also supplied Rani Plast.

“I hadn’t actually heard of Rani Plast at the time,” admitted Mika, “but one of my tutors knew the company was looking for staff and put me in touch.”

Returning to his hometown

Mika joined as a product development engineer and with his wife Marika moved back from Tampere. He said that returning to his hometown of Evijärvi, about a 25-minute drive from Terjärv and the Bjölas factory, wasn’t ideal, but the compensation was living next to a lake in a house they could enjoy renovating.

As a production development engineer Mika gained wide knowledge of how Rani Plast operated, working closely with customers and sales. Armed with his specialist knowledge he was also able to offer advice, particularly about the degradation of polyethylene raw materials in packaging films.

In 2012 Mika was asked to support Rani Plast’s factory in Kaluga, Russia, 180km south of Moscow.

“I started to travel to Russia a lot where I worked on product management and development and advised on raw materials providing technical support,” said Mika.

Today, in his new post, he monitors production on a daily basis, is responsible for workplace safety across the film extrusion, printing and welding operations, brings new machinery online and plans investment for the future.  He ensures the smooth running of various production departments with almost 250 people in total, by working closely with operating managers.

For Mika, one of the attractions of working at Rani Plast is the positive attitude to investment.

“The company is investing all the time and always wants to push itself forward which is really nice to see,” said Mika.

“I think there are a lot of benefits to a family owned and run company – the owners are easy to talk to and they are very aware of what each department needs.”

When he gets home to Marika and their two daughters aged 6 and 7, Mika enjoys cross country skiing in the winter and the family also skate and play ice hockey.

“In the summer, my road bike comes out and I also play tennis and golf – and being next to the lake means we can get out in our small boat.”

Each individual working with Rani is an essential part of our group. Our Rani Family members share their stories here. 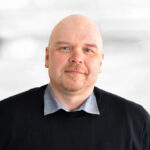 Product Development Engineer Kai Vesala has been with the Rani family for 27 years and knows the company’s products inside out.
Read his story 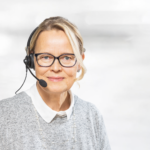 Anna-Lena has recently been presented with a gold watch in appreciation of her 25-year career with Rani Plast.
Read her story 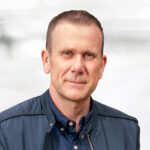 Mathias joined Rani Plast as an Account Manager in early 2019 to grow customer volume in Sweden and Denmark.
Read his story 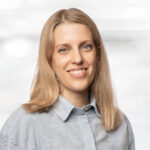 Johanna's previous experiences brings a wealth of knowledge to Rani Plast and its HSQE team.
Read the story 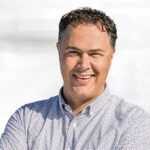 Hans is the right person to deal with farmers as he is able to speak their language.
Read his story 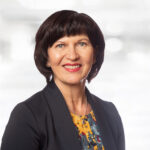 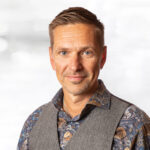